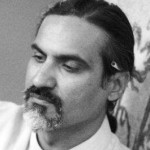 Director: S. S. Mausoof is an award winning Pakistani- American filmmaker. He is the founder of Black Crow Productions and has served on the board of San Francisco Third I Film Festival and AccessSF public television. His feature narrative, Kala Pul – The Black Bridge (2006), a thriller shot in Karachi by Oscar nominated DP Markus Huersch, was short listed at Singapore Media Development Authority’s Asian Festival of First Films. His Shorts, including the critically acclaimed Absolution (2010) have been shown at festivals in San Francisco, London, Princeton, Goa, Lahore and Karachi. 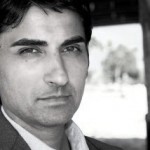 Narrator: Akbar Kurtha trained as an actor in London at one of Britain’s top Drama Schools. His first professional acting role was in Gurinder Chaddah’s debut feature “Bhaji on the Beach” in 1998. He then went to play the title role of Farid in “My Son the Fanatic” opposite Om Puri and is more recently know for Syriana, House of Saddam and as Anil Kapoor’s  brother in “24” Day 8. 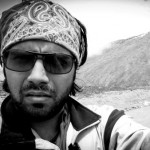 Director of Photography: Ozair Rao is a Filmmaker and a Creative Activist from Karachi. He has worked on several Documentaries, Travel Videos, Experimental Videos and Corporate Projects and aims on adapting a life of a digital nomad  His recent work includes Displaced – documentary on street kids, “Jaan Hataylee Per” – A short documentary on media and terrorism and Karigar – A Documentary on fair trade in Pakistan. Currently he is working on a documentary on Sufism called “Safar Dar Watan” – The Journey Within. In his spare time he teaches digital photography at PAF KIET. 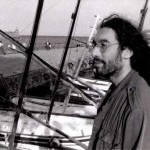 Music: Dhyanidharma Mas is an award winning Catalan classical guitarist, who combines Middle eastern instruments such as the Târ, Luth, Santoor, Tamtam, drone and modern techniques such as the electric guitar, synthesizers, and electro-acoustics. He has won the Laureate of the Villa Medicis Extra-Muros, Composer Grand Prix City of Nice, France Prix SACEM and the Conservatory of Nice Prize. Dhyani by heritage is a Roma(Gypsy) and identifies with the desert bearings of Northern India. In his heart he believes the dancer of Mohenjodaro to be a Queen rather then a dancing girl. 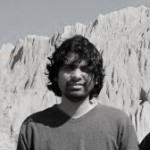 Production Manager: Omer Wahaj  is an independent journalist/writer and a part time musician living in Karachi. He is an editor for Papercuts, a literary journal that focuses on poetry, fiction and nonfiction prose by South Asian writers. Having traveled across many cities around the world, Omer has been able to document both the obvious as well subtle nuances of different cultures. He has previously worked in film as part of the production crew for Kala Pul – The Black Bridge (2006) that was shot in Karachi. 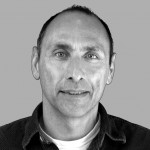 Mel Peppas has been working in the video and motion graphics business for 20 years in San Francisco and London. He has created graphics for both the broadcast and corporate worlds, deftly handling 3D and compositing tasks on a multitude of award winning programming that include National geographic channel, PBS Newshour and NBC Dateline. Mel was drawn by the project’s focus on enigmatic places he’s visited in the past, having spent 3 months traveling in India and Pakistan, as well as Iran and Afghanistan during more peaceful times. “Even though I didn’t realize it at the time, riding through the region of Harappa on the roof of a truck would send an echo into the future. Now many years later, I am poring over images of the Indus yet again.”